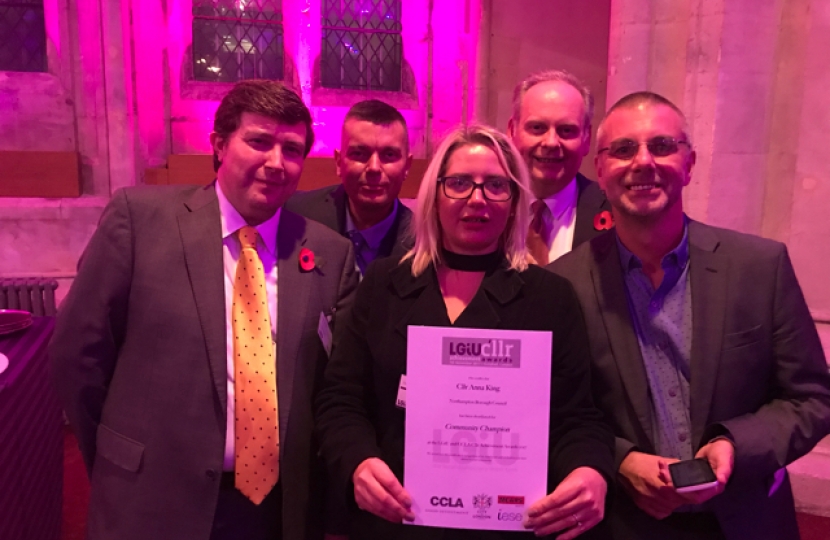 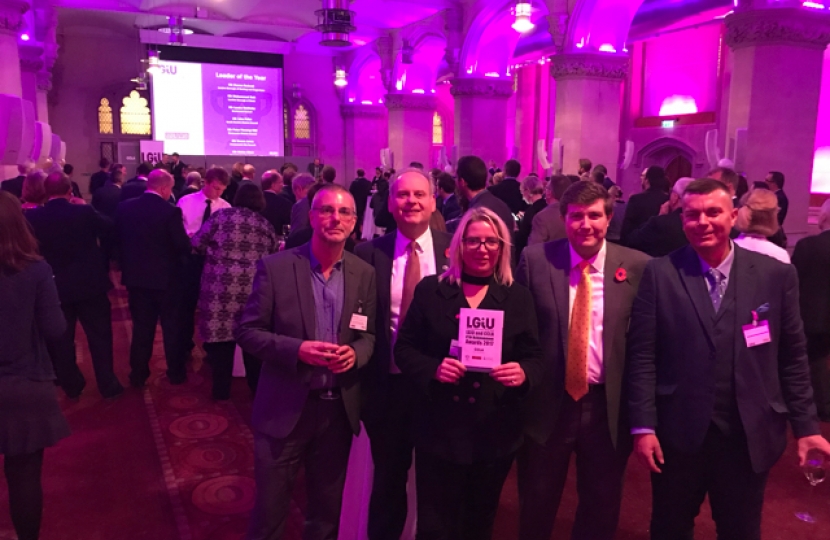 Northampton Conservatives are delighted to report that Councillor Anna King was recognised at the National 2017 LGIU Councillor Achievement Awards. From a group of over 90 nominations she was shortlisted to one of the final 6 in the Community Champion category. Although Anna did not win the award, making the final 6 is a huge achievement, and one we congratulate her for.

Speaking after the event Cllr Anna King Said, "I’m extremely honoured to of made the final six nominations in the category of community champion for the LGIU Cllr achievement awards 2017, apparently the hardest category with over 90 submissions.My community work is something I’m immensely proud of and also enjoy. My passion for working with all communities has been recognised and that’s a great achievement in its self."

Leader of Northampton Borough Council, Cllr Jonathan Nunn said, “All of our Cabinet team work extremely hard in their respective areas, with much of their work happening quietly behind the scenes, so it’s great when that work is recognised by a national organisation like this.

The partners from outside the council who nominated Anna for this recognition did so because they value highly the work that she does, and I was very proud to see her shortlisted for her many achievements across Community Engagement, and her important work in ensuring that the council supports, listens to, communicates with, and addresses the issues that are important to, our local residents.”