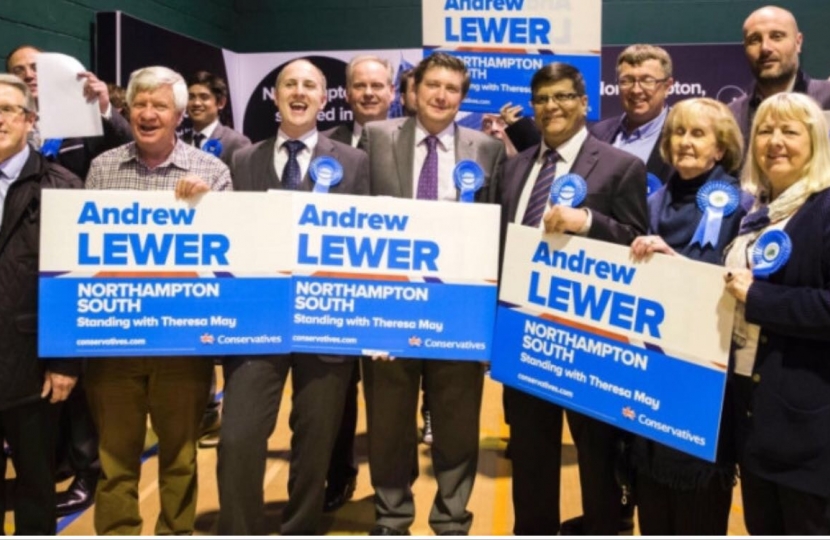 Northampton Conservatives were delighted to hold on to all 3 Northampton parliamentary seats following last week’s general election. All 3 of our candidates were successfully elected with Andrew Lewer being elected to parliament for the first time.

“The result vindicates my excellent campaign team. The vindication comes from the fact we didn’t take this for granted.”

“The people of Northampton North are the people I owe the most respect. It’s a great honour to serve the people of my home town. I pledge to continue to work as I have done for the last seven years for the whole of this community.”

South Northants MP Andrea Leadsom was also successful in her bid to be re-elected. We would like to thank all our supporters and those who helped run a fantastic campaign.