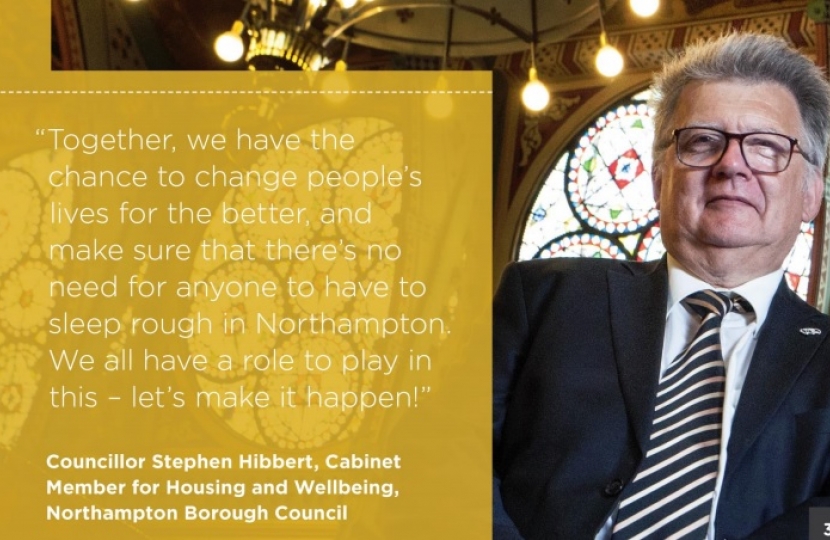 It has been revealed that one of Northampton Conservatives key strategies on reducing homelessness in the town has had a positive impact on reducing the number of rough sleepers.

The ‘together we change lives strategy’ which was published in 2016 set out the shared vision of more than 30 local agencies working to support homeless individuals in Northampton.

The number of rough sleepers in Northampton has dropped from an estimated nightly number of 25 when the strategy was published to 13 following the latest rough sleeper’s count.

Northampton Borough Council organised the statutory count with more than 30 volunteers from those agencies involved in the ‘together we change lives’ strategy. The count sees teams of volunteers take to streets across the whole borough to seek out and engage with people found to be sleeping rough.

Conservative Councillor Stephen Hibbert, cabinet member for housing and wellbeing at Northampton Borough Council, said: “I’d like to thank all of the volunteers who joined us last night, it was cold and late but everyone put in a fantastic effort.”

“We are working hard to tackle rough sleeping in Northampton and I’m pleased to see that the number of people sleeping rough is going in the right direction. Sleeping rough is dangerous and has a serious impact on people’s health and wellbeing, but with a night shelter and appropriate supported housing available there is no need to sleep rough in Northampton.

“In addition to last night’s count, we have a street outreach team who regularly go out to talk to people identified as sleeping rough. Many of the people we spoke to last night are currently choosing not to engage with the services on offer but we will continue to encourage them to take advantage of the support available and change their lives for good.”