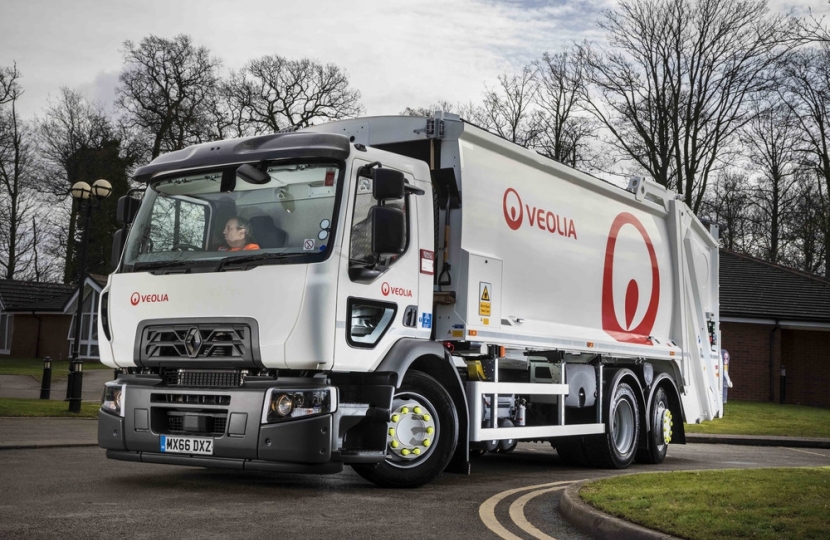 Northampton Conservatives are delighted to announce that Northampton Borough Council has awarded its new environmental services contract to leading company Veolia. Cllr Mike Hallam made the announcement following the Council's Cabinet meeting on the 17th January.

Following a tough competitive process, the company’s proposed service was felt most likely to deliver the exceptional service people in Northampton deserve.

This includes bringing street cleansing standards up to scratch and roll-out of new recycling bins within four months of the new contract’s June launch.

As part of the new bin collection service, many residents can expect to see delivery of a third lidded wheelie bin for all recyclables, replacing the boxes, though in areas where sack collections take place these will remain.

Cllr Mike Hallam, Cabinet member for environment, said: “Veolia is offering services at a level people deserve but we have been unable to provide through the current contract.

“A fundamental issue residents have had is with recyclables being blown out of boxes and littering the streets, so I’m sure those in wheelie bin areas will welcome the introduction of a single bin.

“The changes outlined in the winning bid demonstrate an understanding of the complex issues we’ve faced during the past decade and offer practical solutions.

“Fine details of the contract will be worked out in the coming months to ensure the kind of excellent service we are expecting is delivered.”

The new contract comes as a result of strong opinions expressed by around 8,000 people to a survey carried out in 2016.

Residents made it clear that the new environmental services provision needed to be of excellent quality and the Borough Council has listened, allocating additional budget to the project.

In order to minimise the impact, the Council is able to borrow at significantly lower rates than the private sector so has decided to buy all associated vehicles direct, which will save taxpayers around £1 million.

As part of the new service, all dry recyclables will be collected together and delivered to a commingled facility where they will be sorted and packaged.

Grounds maintenance also forms part of the contract and will deal with all areas of public open space in the borough, with particular attention on Northampton’s premier park in Abington.

And a key part of the new service is to change behaviour, increasing participation in recycling and waste reduction and tackling littering, including gum and cigarette butts.