Andrew Lewer MBE is the Member of Parliament for Northampton South and has been an active member of the Conservative Party since university. He has a strong track record of political service at local, regional, national and European level.

Representing the East Midlands, Andrew secured his seat on the European Parliament in the 2014 elections. He is a member of the European Conservatives and Reformist (ECR) Group and - unusually - has the Co-ordinator roles for both the EU Culture and Education and the Regional Development Committees.

In addition, he is Chairman of the ECR and European Parliament Policy Group on Subsidiarity and Localism. He is a member of the Parliament's Science and Technology Panel  (STOA) and Vice-President of the ECR's think tank "New Direction".

He is married to Gabriela and has a son Philip. 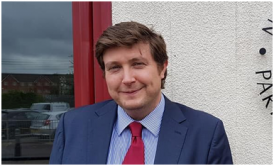