Michael was born in October 1967 and was brought up in Northampton.

Educated in the County Michael achieved an Upper Second Class degree in Law in 1993, including a First in Public (Constitutional) Law and won the Aylesbury Vale District Council Chairman’s Prize for the best performance in Public Law that year. He was also a student editor of the Denning Law Journal. He completed a semester at the University of William and Mary, Marshall-Whyth School of Law in Williamsburg, Virginia in 1992.

After completing the Bar Vocational Course at the Inns of Court School of Law in London in 1993 Michael began work at the Criminal Bar in Northampton where he has practiced ever since from offices in the town centre. Michael has been involved during his career with some of the most high-profile criminal cases in Northamptonshire. However most of the work he undertakes is for those who are unable to afford the services of an independent lawyer and who engage him through the legal aid scheme.

In 1997 Michael won the Park ward division of Northampton in the Northamptonshire County Council elections.

From 2003 Michael has been a regular contributor on the broadcast media internationally for his expertise on British constitutional matters, including for CNN, Sky News and BBC News. This has included coverage of the wedding of the Prince of Wales and many other royal matters.

Michael won election to be the Prospective Parliamentary Candidate for Northampton North at an Open Primary in December 2006.

Michael’s interests outside of politics include going to the gym and going to the theatre. He also enjoys working with the Council for Ethnic Minority Communities in workshops with young people about crime and the criminal justice system. 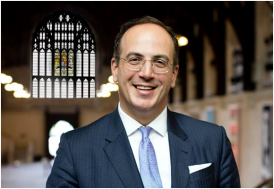